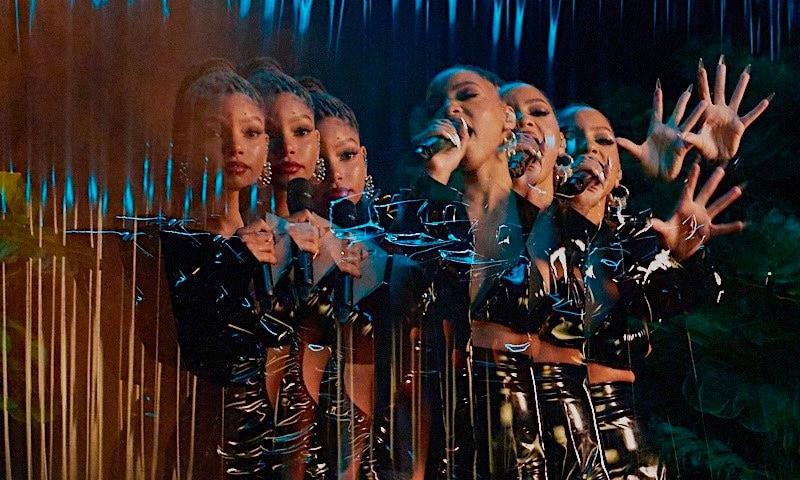 If you tuned into the 2020 BET awards, you saw the magnificent range of talent the performers had. Amongst those gifted performers were Chloe x Halle. If you caught even just a glimpse of this spectacular performance then consider yourself lucky.

Because of covid there are a lot of restrictions for artists and their performances but during the past few months Chloe and Halle have done nothing but SERVE. Literally serve because they use their tennis court as a set. I know, unbelievable right? Twitter took the liberty of naming it “Tenny”.

If you are unfamiliar with these prodigies, here is some background information. Chloe and Halle Bailey are two sisters who make up the R&B duo, Chloe x Halle. Their professional career started when Beyoncé came across their harmonious cover of “Pretty Hurts” on youtube. From there they’ve only gone up. Since signing with Parkwood Entertainment, these exceptional sisters have opened for Beyoncé on multiple tours and made cameo appearances in the Lemonade visual album.

On top of that, their lead single “Do It” on the Ungodly Hour album has become popular on tiktok as the dance trend quickly captured thousands of users. And it doesn’t end there. Chloe and Halle are also actresses. They currently star as twins Sky and Jazz Forster, the Black-ish spinoff, Grown-ish. As well, Halle was cast as Ariel in the reboot of the Disney classic, The Little Mermaid. Seriously, what can’t they do.

Since signing with Parkwood Entertainment, these exceptional sisters have opened for Beyoncé on multiple tours and made cameo appearances in the Lemonade visual album.

On June 12th, 2020 Chloe x Halle blessed the world with their sophomore album Ungodly Hour. If you haven’t listened to this masterpiece already then go listen to it right now. There are few words I can use to describe it other than “futuristic R&B” which is exactly what it is. Along with the album release, they youtube premiered the music video for “Forgive Me” and all I can say is that there needs to be a visual album dropped ASAP. 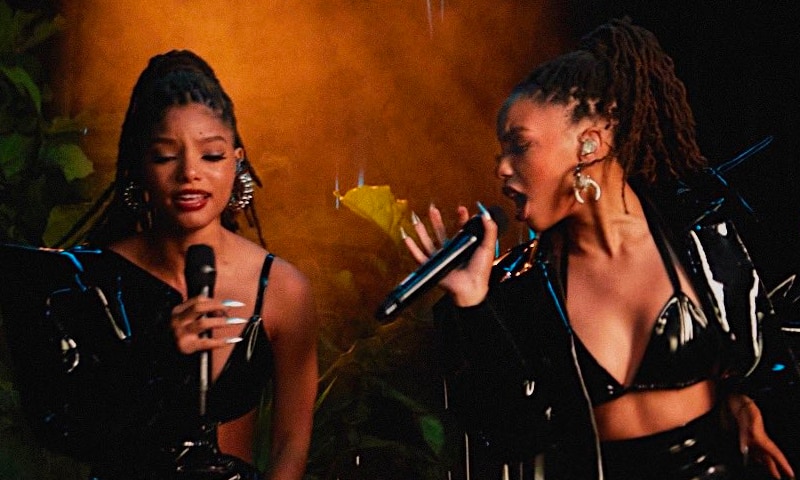 Throughout the album it’s clear Beyoncé was a heavy influence especially when it comes to the overall tone of the album. There are also small indicators such as adlibs. Compared to their first album, The Kids are Alright, Ungodly Hour is much more mature lyricly and soundwise which makes sense because Chloe and Halle have grown as artists. And as if you weren’t already impressed by these too, there’s even more to add to their resume.

If you look at the album credits, you’ll see Chloe and Halle’s names appear quite a few times because they produced and wrote most of the songs. In an interview with The Breakfast Club, Chloe and Halle share that as much as they love collaborating with others they would rather produce and songwrite with each other.
Unfortunately because of Covid-19 there won’t be an Ungodly Hour tour anytime soon. But best believe as soon as the pandemic is over and tickets go on sale, I’ll be sitting front row.

Blaize is a Toronto high school student who enjoys getting lost in a good book, writing about her experiences and indulging in pop culture. She has previously written for shifter magazine, her school newspaper and Staywoke Event.

Become a volunteer by signing up Today !